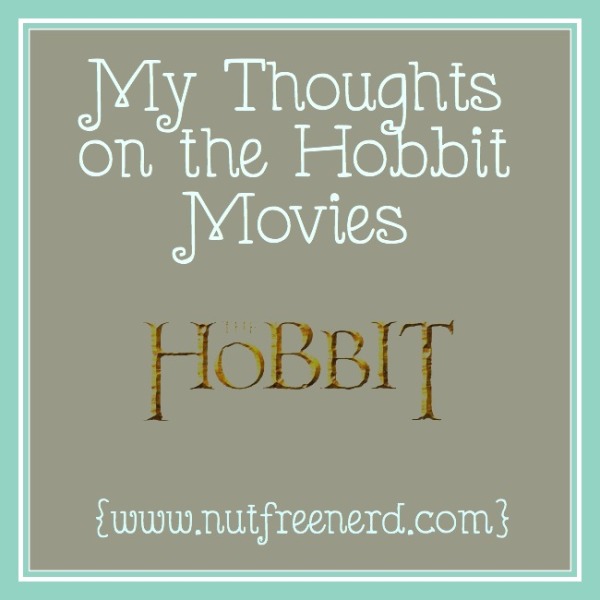 I first read J.R.R. Tolkien’s The Hobbit when I was in fifth grade, and since then I have gone back and reread four or five times. This captivating tale of dwarves, wizards, elves, a dragon, and one little brave hobbit has enthralled me ever since I first experienced the joy of reading it. I loved the way Tolkien was able to tell such an epic adventure in just one novel, as well as the enchanting world that he introduces readers to within its pages. Knowing it all this, you can imagine my excitement when I learned that The Hobbit was being made into- not one, not two- three movies. Several years have come and gone since the announcement was officially made, and now all three movies have been released in theaters. I have seen them all, and I feel as though I have given them enough thought that I can now share my thoughts about this trilogy as a whole with you all.

I have to say that the first movie, The Hobbit: An Unexpected Journey, is probably my favorite out of the three. I think it’s the one that followed the book the closest, which might explain why I liked it so much. It gave me the same warm, fuzzy feeling that the Lord of the Rings movies gave me, and I love that opening seen with all of the dwarves barging into Bilbo’s house! I was a bit confused about why they added the pale orc into the story, but I realized later on that it was so they could extend the story into three full movies. 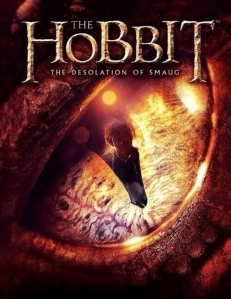 Of course, the highlight of the second movie, The Hobbit: The Desolation of Smaug, was none other than SMAUG himself. My oh my, Benedict Cumberbatch was fantastic as Smaug!! I loved the parts with him in it, especially when Smaug and Bilbo are talking inside the mountain. On the other hand, I didn’t really care for the romance between Tauriel and Kili. It seemed really random to me, although it was sweet. I enjoyed this movie overall, but not as much as the first one. It was more of a transition movie than anything else, like the middle installments of trilogies usually are.

I went to see the third and final movie, The Hobbit: The Battle of the Five Armies, in the movie theater with my mom and we were basically laughing through the whole thing. There were some pretty funny special effects in here, and places where you could definitely tell that they were using a green screen. The fight scenes were super intense, and Thranduil’s sass got me every time. Legolas had some crazy moves that basically defied the laws of physics, and I just couldn’t help but chuckle. Who knew he was such a ninja?!?!

However, we were NOT laughing at the ending. My goodness, that was so incredibly sad!!! Like I said, I’ve read the book many times before so I knew what was going to happen, but seeing it on the big screen before me made it so much worse. I thought they did a really good job with those scenes, though, especially since they’re rather difficult to pull off well.

My biggest problem with the third movie is that Smaug dies at the very beginning, before the title of the movie is even shown. Why didn’t this happen at the end of the second movie- which is titled THE DESOLATION OF SMAUG????? That’s one of those scenes that seems like a climax to me- I mean, THE DRAGON DIES- and I was shocked that it happened so early in the third movie. It would have been great if there had been some build-up to it because it felt really out of place to me.

Overall, I did enjoy The Hobbit trilogy, however I was also disappointed by some aspects of it. I think it’s because I have such an emotional attachment to the book and I just really wanted to see a strict movie adaptation of it without a bunch of extra stuff thrown in. These movies aren’t as good as the Lord of the Rings ones in my opinion, but I still really enjoyed them all the same. Despite my quibbles, I believe that Peter Jackson has once again made Tolkien fans incredibly proud!!!

What were your thoughts on these movies? Let me know in the comments section below!