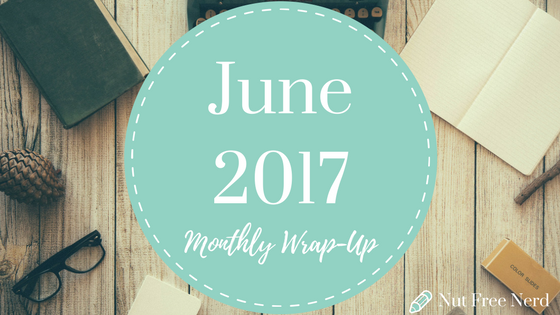 Hello, hello!! Summer is now well underway and it’s time to say farewell to June. So much has happened these past few weeks that it seems like June was YEARS long. As per usual, here is what I was up to last month:

In June I read a total of 9 books:

It’s so hard to pick just one favorite from this list! Matilda was the most fun book to read, Timeline was the most suspenseful, and Go Down, Moses was the most thought-provoking. It was unbelievably nice to spend as much time reading as I did in June after months of only having time to read what was assigned for my courses. Recently I received one of my summer reading lists in preparation for Oxford, and it’s safe to say that my reading will have to be much more focused for the rest of the summer!

June was a blur of working, reading, hanging with friends, and trying get my plans all squared away for studying abroad this upcoming academic year. A few weeks ago I published this post announcing that I’ll be studying at Oxford University in England for the entire next academic year and I was overwhelmed by all of the lovely comments I received. You’re all so sweet and I appreciate your well wishes, advice, and congratulations so much!! ❤ This month I finally booked my flight for September and it’s so nice to finally have a date set for when I’ll be leaving… the whole thing seems so much more real now!

Earlier this month my brother graduated high school, which made me feel SO OLD. (How has it already been two whole years since I graduated? How am I already HALF WAY through college?) Thankfully the weather cooperated and we had beautiful sunny weather for both the ceremony and our party afterwards. It was such a great day!

June was also a great month for TV and movies. I finally finished watching Twin Peaks, which I absolutely loved (though the last episode was AWFUL). Recently I started watching Freaks and Geeks and I’m already so invested. Not only is it hilarious, but the characters are also so easy to relate with. I was definitely a geek in high school, though thankfully I was never bullied to the degree that Sam, Neal, and Bill are in the show. There’s only one season of the show (*sobs*) so I should be able to finish it pretty soon. The best movies I watched in June were The Last Five Years, La La Land, and Wonder Woman (if you haven’t seen it yet, you definitely should!).

Here are some notable posts from my blog this past month:

Here are some posts that I loved reading this month (there are so many!!):

How was your month of June? What was the best book you read? Did you do anything really fun or exciting? Let me know in the comments section below!