A new year is right around the corner (eek!) which means it’s time to take a look at what 2018 will hold in terms of reading. I’ve tried not to go overboard with setting goals for next year, but I something I would really like to do is read more feminist nonfiction in 2018. Today I’m going to share five books about feminism, women, and our current culture of sexism that I’m hoping to read next year. 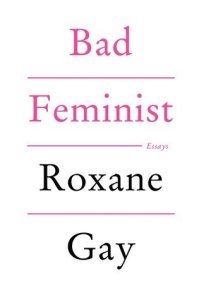 “Bad Feminist is a sharp, funny, and spot-on look at the ways in which the culture we consume becomes who we are, and an inspiring call-to-arms of all the ways we still need to do better. “{Goodreads}

I have yet to read anything by Roxane Gay, which is a shame considering all the fantastic things I’ve heard about her writing.

We Should All Be Feminists by Chimamanda Ngozi Adichie

“What does “feminism” mean today? That is the question at the heart of We Should All Be Feminists, a personal, eloquently-argued essay—adapted from her much-viewed TEDx talk of the same name—by Chimamanda Ngozi Adichie, the award-winning author of Americanah and Half of a Yellow Sun.” {Goodreads}

I definitely should have read this by now, especially considering how short it is! 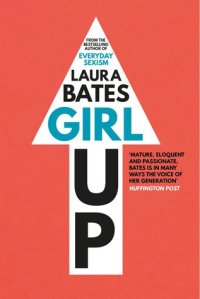 Girl Up by Laura Bates

“Hilarious, jaunty and bold, GIRL UP exposes the truth about the pressures surrounding body image, the false representations in media, the complexities of a sex and relationships, the trials of social media and all the other lies they told us.” {Goodreads}

I want to read this book just from reading the synopsis alone– it sounds so interesting!

What Happened by Hillary Rodham Clinton

“For the first time, Hillary Rodham Clinton reveals what she was thinking and feeling during one of the most controversial and unpredictable presidential elections in history. Now free from the constraints of running, Clinton takes you inside the intense personal experience of becoming the first woman nominated for president by a major party in an election marked by rage, sexism, exhilarating highs and infuriating lows, stranger-than-fiction twists, Russian interference, and an opponent who broke all the rules. This is her most personal memoir yet.” {Goodreads}

No matter where on the political spectrum you fall, it’s undeniable that Hillary offers a unique and fascinating perspective on being a woman in the politics today. I’m so intrigued by what she has to say!

“Coming of age in a culture that demands women be as small, quiet, and compliant as possible–like a porcelain dove that will also have sex with you–writer and humorist Lindy West quickly discovered that she was anything but.” {Goodreads}

This sounds like it will be as interesting and worthwhile as it will be humorous– sign me up!

What are your thoughts on the books I’ve mentioned? Have any recommendations you would add to the list? What are your goals for 2018? Let me know in the comments section below!

26 thoughts on “Feminist Fridays: Nonfiction for 2018”