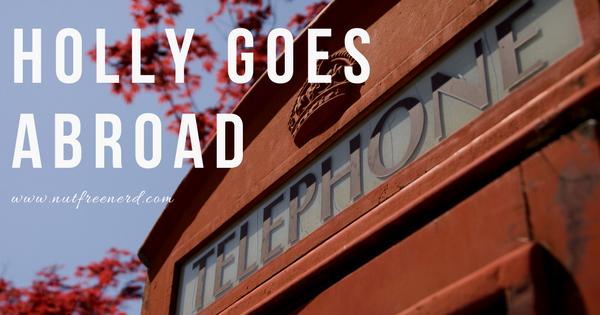 Today I’d like to talk about a wonderful, fascinating, and controversial aspect of Oxford University: the Oxford Union. Founded in 1823, the Oxford Union is a hub for debate and speech both by students and guest speakers alike. Each week there are a plethora of events, from celebrity speakers and formal debates to pub quizzes and even sometimes balls. There are also libraries and study rooms available for members in the various Union buildings.

I’ve been fortunate enough to see some incredible speakers at the Oxford Union: J.J. Abrams, Sir Ian McKellen, Monica Lewinsky, and Alec Baldwin, just to name a few. Usually for these more famous speakers you have to get to the Union well in advance and stand in line to make sure you get a seat. This typically involves my friends and I studying in the Union library while simultaneously checking up on the line from the window, then running across the street to grab a burrito for dinner before heading over to wait in line. It’s amazing to hear these people speak in such an intimate setting, especially since members of the audience get to ask questions at the end of the interviews. Seeing these famous figures speak in person makes you realize that they’re just normal people in actuality. I’m so lucky that my time at Oxford has been filled with surreal experiences like these– I would never be able to see McKellen (GANDALF!) speak back in the States!!

I also love attending the formal debates at the Union that occur at least once a week. The topics range could be anything and everything, from privacy policies in our technological world to celebrity culture’s impact on the feminist movement. Debate speakers are a mix of Oxford students and well-known figures in the fields of whatever the debate subject is at the time. Debates can be fascinating, tense, hilarious, frustrating, or empowering– you never know what you’re in for that night!

The controversial aspect of the Oxford Union is the fact that in order to attend these events you must become a member, which requires an exorbitant membership fee. I suppose the deal is better for matriculated students who live in England because they can simply pay for a lifetime membership and get their money’s worth over several decades. However, for someone like me who is only at Oxford for a year, the expensive cost is pretty ridiculous. Of course, I have found ways of justifying buying one to myself– I’m only here once so I might as well experience everything while I can, if I go at least once a week for the entire year then it makes it worth it, etc.– but it’s still a hard bargain to swallow. Besides, what about Oxford students who cannot afford to buy a membership? In my opinion, if you attend Oxford University you should automatically be considered a member. I understand that this ideal situation would leave the Union with no substantial form of income, but couldn’t that be negotiated and changed over time?

While I love going to Oxford Union events, I will admit that it is a  bit of a problematic pastime.

Have you ever attended an event at the Oxford Union? If you could listen to anyone speak, who would it be? Let me know in the comments section below!