As you may have guessed from my lack of posts the past few days, Oxford has kept me plenty busy as the end of Trinity term fast approaches. With less than a week left in this wonderful city, my friends and I have been trying to squeak in as much last-minute Oxford things as possible while still trying to maintain the semblance that we’re constantly reading articles and writing essays. Today I’d like to share just a few of the fun adventures Oxford offers in the summer months:

When you tell someone that you have a few hours of spare time in Oxford, one of the first things they always suggest is going punting. Punting involves using a pole to guide a small boat down a river and can be much trickier than talented punters make it appear. Not only is the Magdalen Boathouse quite close to where I live, but Mansfield College also rents out a punt that its students can book with more availability and for a cheaper price. There’s nothing better than taking a punt out in the late afternoon with some friends, eating snacks, listening to music, and enjoying the usual Oxford punting drink: Pimm’s.

As you can probably tell from my past post about Carfax Tower, I adore climbing towers in Oxford. This is the perfect time of year to climb them because you can see some amazing views if you go on a clear day and you won’t be freezing at the top like you would in Michaelmas or Hilary terms. Recently I climbed the University Church of St. Mary the Virgin for the first time and the view of the Radcliffe Camera was absolutely breathtaking. There’s something about being elevated among Oxford’s many spires that gives you a different perspective on the city. It’s easy to get bogged down in writing essays and preparing for tutorials, but moments like these remind you what being in Oxford is really all about. 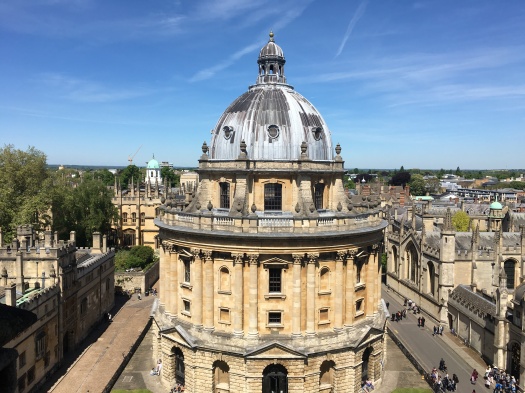 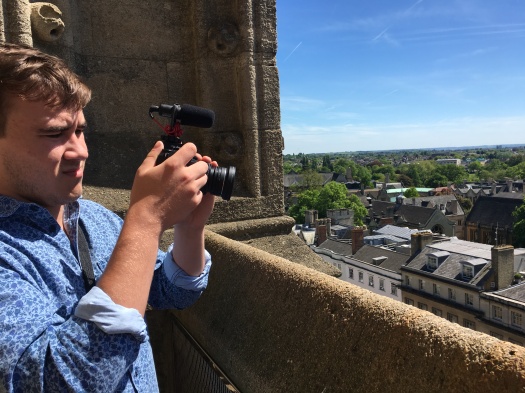 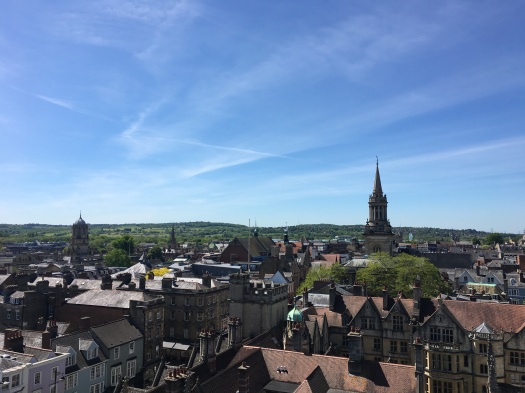 This past term I’ve discovered quite an affection for what I once thought was a boring, old-fashioned game. Playing croquet is the only time we’re allowed to step on the grass of the Mansfield center quad, so we’ve been taking full advantage of that privilege recently by taking out the croquet set whenever we have a spare sunny moment. I was pleasantly surprised to find that I’m not that bad at croquet, as well as that it’s much more interesting and strategy-based than I initially expected. Playing in the midst of Mansfield’s beautiful campus is also so surreal–there’s very little that makes me feel so stereotypically Oxford-esque. 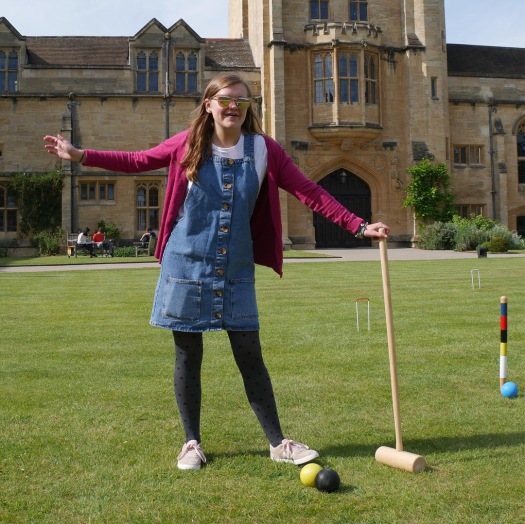 These are just a few of the fun activities that have been distracting me from writing essays over the past term. It’s amazing how Oxford really comes alive in Trinity, particularly for those of us lucky enough to not have exams. I can’t even begin to describe how much I’ll miss these quaint summer moments!

Have you ever been to Oxford in the summer months? Do you like playing croquet or going punting? Let me know in the comments section below!