Our little journey through the Big Big Trip my friend and I took during our spring breaks continues with this week’s exciting installment: Efteling in the Netherlands!

Prior to my friend telling my about Efteling, I didn’t even know it existed. Efteling is an amusement park in Kaatscheuvel in the Netherlands that first opened in 1952. Not only is Efteling the largest theme park in the Netherlands, but it is also the one of the oldest theme parks across the globe. With thirty-five rides and over five million visitors every year, it’s a wonder I had never heard about Efteling before. Since I absolutely adore amusement parks and will go on basically any ride imaginable, I was thrilled when my friend proposed adding this to our itinerary.

Fortunately, getting to Efteling from Amsterdam was fairly simple and straightforward. After taking the tram to the center of the city from our Airbnb, we hopped on a train that took us to a closer station, and then boarded a bus directly to Efteling from there. Our excitement was almost tangible as we walked (read: basically skipped) down the long walkway to the park’s entrance. We were here! At a Dutch amusement park! What a time! 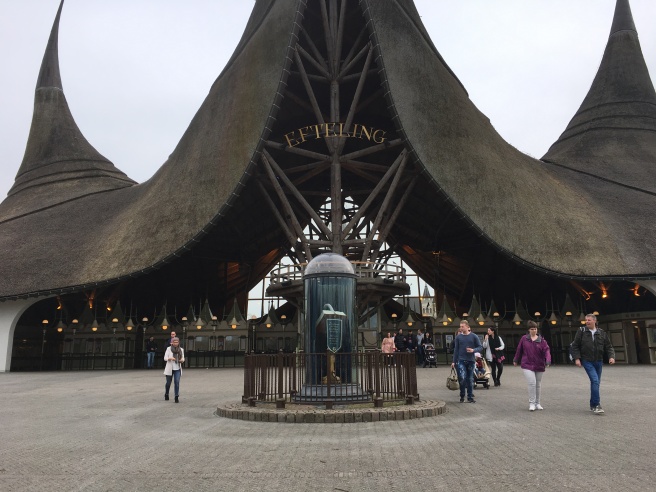 I’m not going to lie: this park was nothing like what I initially expected it to be. But I loved it. For someone who is used to the happy-go-lucky side of Disney World (which I also adore), it was really fun to experience a fantasy park with a bit of a darker twist. Many of the rides were pretty dark (both in terms of lighting and story line) and we never could predict how a ride would end. Of course, things were complicated by the fact that everything was in Dutch–we had no idea what any of the rides were supposed to be about! It was hilarious making up stories about what the animatronics could have been trying to tell us. 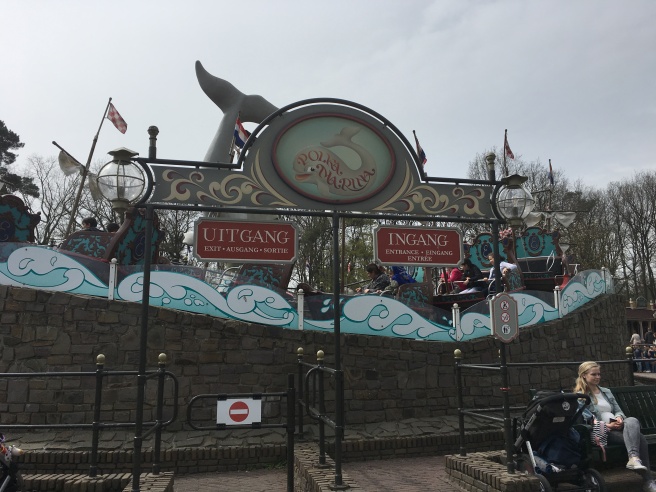 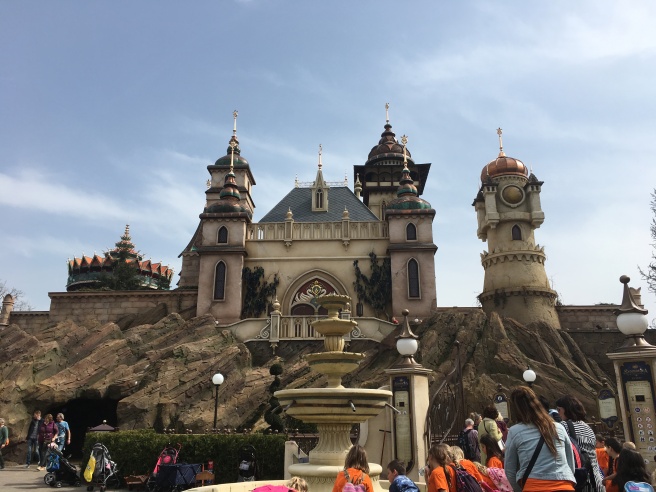 After being in tourist-dominated Amsterdam for a few days, it was strangely refreshing to be somewhere that didn’t cater to tourists. Few signs were in English, and those that were offered only limited translations. While this was a bit intimidating and disorienting at first, by the end of the day I felt so much more confident about my ability to navigate in a place without relying on other people knowing English. It was also fun seeing so many excited little kids run around. I couldn’t help but think about what I would have thought of Efteling had I come when I was younger. I’m 99 percent positive that Young Holly would have been terrified of all the creepy, dark rides! 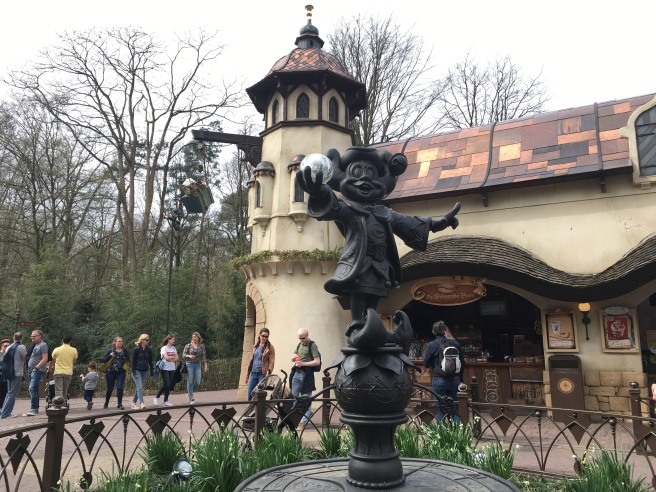 My favorite part of the day was definitely walking through the strange fantasy forest section of the park. A long, winding path weaved its way through countless fantasy figures, from more well-known ones like Rapunzel and Rumpelstiltskin to ones that left us scratching our heads (like that guy with the super long neck in the photograph above!). Walking along these paths was a nice break from standing in lines for rides and provided us with some hilarious photo opportunities. 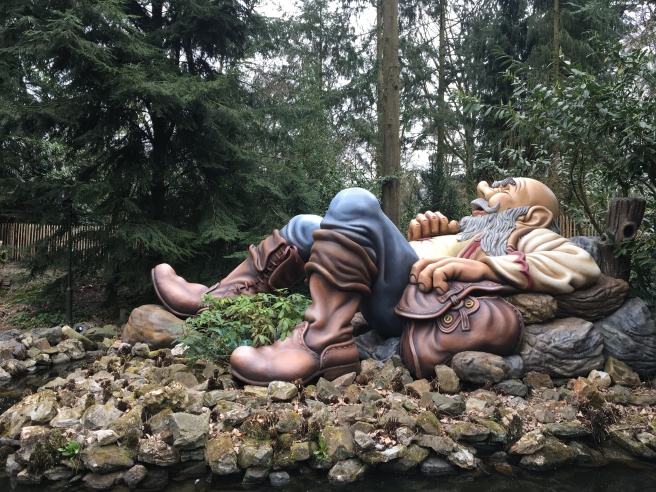 As you can probably tell from the photos, Efteling was a WILD time. It was definitely one of my favorite parts of the entire trip! Would HIGHLY recommend to anyone visiting the Netherlands!

Have you ever been to Efteling? What are your favorite amusement parks around the world? Let me know in the comments section below!

6 responses to “Our Day at Efteling | Holly Goes Abroad”