Everyone at my college is required to take a senior seminar in their major in order to graduate, and mine happened to be a class solely dedicated to reading the texts of Philip Roth. My professor decided to focus on Roth in light of the author unfortunately passing away in May of 2018. We were uniquely positioned, my professor impressed upon us, with the opportunity to look at the whole of an author’s bibliography before the publication of a definitive biography on Roth’s entire life. This sort of limbo period of waiting would allow us to come to our own conclusions about Roth’s bibliography before many critics of other writers did. Of course, there was no way we could possibly get around to reading and discussing all of Roth’s texts in a single semester; rather, my professor selected about a dozen for us to focus on.

It became clear from the very first class that our professor was incredibly enthusiastic and excited about the prospect of such a seminar. The rest of us, however, were not entirely convinced. We were supposed to spend an entire semester reading Roth’s thoughts on Jewish American identity in the latter half of the twentieth century, adultery, breasts, and penises?! (if you’ve read his infamous novel Portnoy’s Complaint, then you surely know what I mean by those last two points.) My classmates and I made a not-so-silent conclusion all on our own: we were going to wholeheartedly dislike this senior seminar.

Our hypothesis seemed to hold strong for a solid few weeks. We criticized how the few women characters were portrayed as mere one-dimensional lovers or mothers in Goodbye Columbus (1959), denounced his blatant, outrageous sexism in Portnoy’s Complaint (1969), and balked at his near sexual fantasy about a fictionalized version of Anne Frank in The Ghost Writer (1979). For a second I thought about simply not finishing The Counterlife (1986) because it saddened me to read about so much flagrant adultery with absolutely no regard for how it impacted wives or families–until we were introduced to the character of Maria. Maria is a wife and mother who chooses to have an affair with the narrator of The Counterlife, a woman who is unexpectedly portrayed as intelligent, independent, and capable of railing against an uneven power dynamic in their affair. She is calm, composed, and the complete opposite of Portnoy’s “Monkey.”

My fellow classmates and I didn’t know what to do with this sudden, uncharacteristically non-sexist portrayal of women from Roth. Was it intentional, a sign of Roth’s own personal growth and maturity? Or was it an outlier, one that we would never see again as we continued on our Rothian journey? Perplexed, we felt ourselves shift gears a bit as we read more and more of Roth’s work.

To my great astonishment, I found that I actually enjoyed myself. While the women characters in Roth’s novels were not always justly portrayed–and we were sure to bring these instances up at every open opportunity–he also wrote several women who we couldn’t help but applaud. There was Drenka in Sabbath’s Theater (1995), Faunia in The Human Stain (2000), Philip’s mother in The Plot Against America (2004)… it was almost as though Roth had just come to the realization that women characters could be written about with just as much complexity and depth as men. Although I would never go so far as to laud Roth for his impeccable portrayal of fictional women. I did become much more willing to engage in dialogue about these characters that did not solely involve my classmates and I frustratedly ranting about how it’s all just breasts and penises in Roth’s eyes. 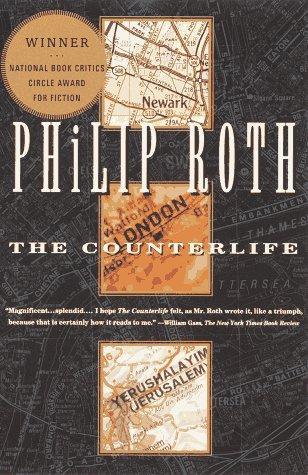 Roth’s sexist struggles aside, I also found myself enjoying his work from the perspective of narrative structure. Reading so many Roth novels in chronological order helped me see the remarkable strides he made in terms of experimenting with how stories can be told. The conflicting, layered levels of The Counterlife and the alternative version of history depicted in The Plot Against America are far, far departures from the straightforward monologue that is Portnoy’s Complaint. I couldn’t help but admire his impressive attention to detail. One of my classmates researched the specific stamps mentioned in The Plot Against America and lo and behold, Roth’s descriptions perfectly align with the images found. There’s something to be said for a writer that pours this much thought, energy, time, research, and attention into his work, and I was captivated by Roth’s seemingly never-ending ability to do just that.

So where does this leave Roth and I? I must admit that I stand corrected, at least to an extent: I handed in my final senior seminar paper with a greater appreciation for Roth’s works than I ever thought possible months ago. Does he have significant faults as a writer? Absolutely. Yet when read chronologically, one can see that he tried to remedy these flaws over time. And isn’t that the most any of us can ask?

What are your thoughts on Philip Roth and his writing? Have you ever read an author’s works chronologically? Has a class ever changed your perception of a writer? Let me know in the comments section below!

3 thoughts on “Thoughts on a Semester of Reading Roth”