In less than a week I graduate with a bachelor’s degree in English, and it’s a very bittersweet moment for me. Although I am very excited to move onto another chapter of my life, I’m also sad to leave my amazing friends and the lovely Wheaton community behind. However, the end of undergrad also marks the end of studying English for me, which is bittersweet in itself. Today I’m going to share some of the books I wish I had been assigned to read as an English major. Imagine the class discussions we could have had! Imagine how much better I would have understood these books! Maybe someday… 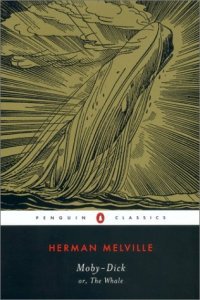 Have I already read Moby Dick? Yes. However, I read it on a family road trip a few summers back and remember skimming through most of it. Let me tell you, it’s a good thing I was in a car for hours with nothing else to do because otherwise I probably would have stopped reading altogether. Yet I’ve never been able to shake this feeling that I’ve missed something fundamentally fascinating about this novel, like I just haven’t been able to crack its code. Something tells me that I would have appreciated this novel much more if I had read it in a classroom setting and really dove into some of its nuances and complexities. But alas! it remains a dull, dragging enigma.

Do I just want someone to explain big books to me? Maybe. While studying abroad at Oxford I actually attended nearly an entire James Joyce lecture series in which I learned all about A Portrait of the Artist as a Young Man and Ulysses, neither of which I have read. But I was so fascinated by the charts and webs the professor drew regarding all the mythological allusions in these texts, especially in Ulysses, that I couldn’t help but return to that lecture hall week after week to listen to someone talk about novels that I had never read. I know that some colleges offer classes solely on Ulysses, and I think it would have been fascinating to take one of these at some point in my college career. 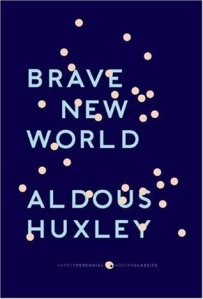 This is another novel that I read a few summers ago but wish I had gotten the opportunity to read it alongside a class. Brave New World is often lumped together with unsettling novels like 1984 by George Orwell. While Huxley’s novel is certainly unsettling at times, I was pleasantly surprised by its humor and wit. There’s a lighter tone here, a parodying of sorts perhaps, that makes me want to know more about what exactly this book is trying to say. Does the novel take itself seriously? Are we meant to take the novel seriously? These are the kinds of questions I would have loved to explore in a classroom setting.

I read this novel this past summer thinking that it might be helpful for writing my honors thesis. While I didn’t end up using it in my thesis, I’m still glad I read it because it offers a fascinating perspective that challenges one of my favorite novels, Charlotte Brontë’s Jane Eyre. Many of the parallels and oppositions are fairly easy and quick to spot, but I would have loved to learn more about the historical context in which this novel is set in order to better understand the significance of many of power dynamics, hierarchies, and systems that it draws on. Perhaps this would also make me think a bit more critically about Jane Eyre, despite my love for it.

The Tenant of Wildfell Hall by Anne Brontë

Continuing on with this Brontë theme, I wish I had been assigned this seldom discussed novel. Anne is the only Brontë sister I have never read anything by, as I feel is the case for most people who dabble in Victorian literature. It would have been interesting to read this novel alongside other people who are also missing a text by this third sister. If her writing is anything like that of Emily or Charlotte, it would also be helpful to have some guidance through its density of details and language.