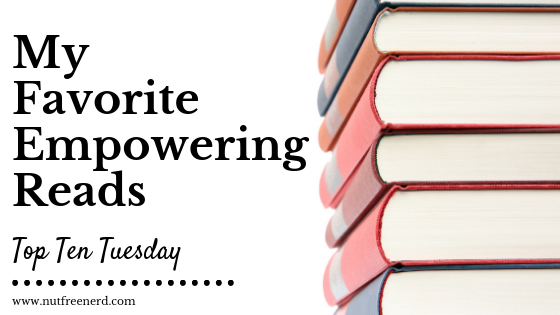 Happy Tuesday!! This week’s Top Ten Tuesday topic asks us to share ten favorite books from our favorite genre. Usually I would say that my favorite genre is classic literature, but lately I’ve been going through a bit of a tough patch with some personal things and have been trying to immerse myself in books that are empowering and inspiring to read. There’s nothing like a good book to get you amped and excited!

This collection of essays was gifted to me by one of my friends that I met at Oxford and I am so grateful that it was. I remember reading this book in a parking lot waiting for an appointment and actually tearing up because Lorde’s words are just so moving and powerful.

“We have the power those who came before us have given us, to move beyond the place where they were standing. We have the trees, and water, and sun, and our children. Malcolm X does not live in the dry texts of his words as we read them; he lives in the energy we generate and use to move along the visions we share with him. We are making the future as well as bonding to survive the enormous pressures of the present, and that is what it means to be a part of history.”

Dear Ijeawele, or A Feminist Manifesto in Fifteen Suggestions by Chimamanda Ngozi Adichie

This little book is like a breath of fresh air. There are so many little nuggets of truth here, ones that deeply resonate with me as things that should come as a given in life but are often hidden and distorted by society. Such as: “Your feminist premise should be: I matter. I matter equally. Not “if only.” Not “as long as.” I matter equally. Full stop.” 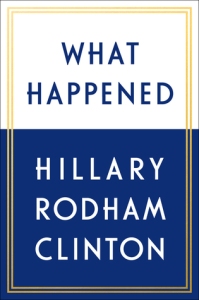 What Happened by Hillary Rodham Clinton

As someone soon entering law school, I found this book to be a really interesting insight into the challenges women face in male dominated spheres like law, government, and politics. This memoir is also just inspiring in and of itself: Hillary has gone through so much in her life, much of it under the harsh, unforgiving, scrutinizing gaze of the American public. While she has certainly made mistakes along the way, she has also experienced a lot of turmoil in her life that was out of her control. Some may say that this book is sad because she ultimately did not achieve her goal of becoming president of the United States, and that is true; however, I think it’s also really empowering because she is still here fighting for what she believes in and telling her story in this memoir, despite the public failure that she recently endured.

“For a candidate, a leader, or anyone, really, the question is not “Are you flawed?” It’s “What do you do about your flaws?” Do you learn from your mistakes so you can do and be better in the future? Or do you reject the hard work of self-improvement and instead tear others down so you can assert they’re as bad or worse than you are?”

Girl Up by Laura Bates 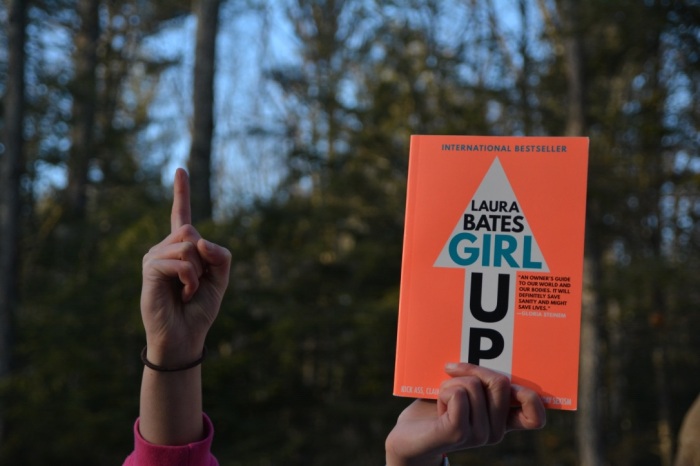 Although this book may have been written with a younger audience in mind (around high school age, it seems) I still think it’s so worth a read at any age! Like Adichie’s book, Girl Up emphasizes some ideas that should be common sense but that are often obscured by gender inequality in politics and society today. Plus, this book has such fun and colorful graphics!

The Truth About Style by Stacy London

Stacy London has been an icon in my life since I was a kid and would watch What Not to Wear every day at lunchtime when I was home for the summer. This memoir is both personal and universal in a way, with London offering wisdom that can be taken and applied to so many different situations. Not only is it empowering from a fashion standpoint, but it is also empowering from a lifestyle standpoint. London discusses everything from relationships to body image to aging, so there really is something for everyone here.

As someone who adores hiking, I was really excited to read about someone’s adventures on a trail that I know very little about. But this memoir is so much more than simply an account of one woman’s trek along the Pacific Crest Trail; rather, it’s an emotional story of Strayed’s journey through loss, grief, and a sense of purposelessness.

“I made it the mantra of those days; when I paused before yet another series of switchbacks or skidded down knee-jarring slopes, when patches of flesh peeled off my feet along with my socks, when I lay alone and lonely in my tent at night I asked, often out loud: Who is tougher than me?

The answer was always the same, and even when I knew absolutely there was no way on this earth that it was true, I said it anyway: No one.”

Is Everyone Hanging Out Without Me? (And Other Concerns) by Mindy Kaling 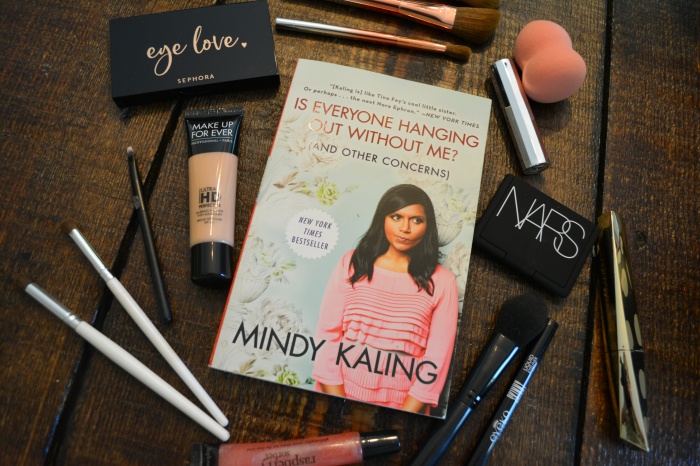 Sometimes it’s empowering to remember that even those people we admire don’t have it all figured out one hundred percent of the time. Kaling is open and honest in this essay collection, discussing her childhood and the tumultuous road she took to get where she is today. Besides, it’s downright hilarious!

What’s better than a book about books? I love this book because it makes you look at British literature and writers in a different light. Sometimes when learning about the Western canon in classes it can be easy to forget that literary fame has a lot to do with circumstances and privilege. In some ways, it’s arbitrary chance that we read the books we read today. However, there is a sense of empowerment that comes from reading about these remarkable women who wrote despite their unfortunate circumstances and the traumatic hardships that they endured. It’s also a great source of reading inspiration: so many new texts to explore!

A Room of One’s Own by Virginia Woolf 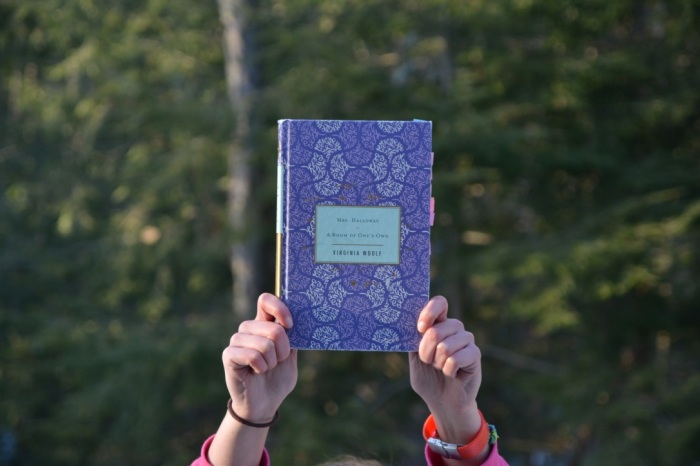 Although some people criticize this book for not being as feminist as people make it out to be, I think it’s nevertheless an important starting point and a lovely little source of empowerment. Women can do anything we put our minds to, and we deserve the opportunity to have a room of our own to do it in!

Ahh, such a classic! I adore Matilda, even though I just read it for the first time a few years ago and don’t have the childhood nostalgia towards it that many bookworms have. Even just thinking about Matilda’s strength, perseverance, optimism, and kindness makes me feel empowered to go seize the day!

What books empower you? What do you think of the books I’ve mentioned? What’s your favorite genre? Let me know in the comments section below!