In this series, I recommend five classics each month that remind me of that particular time of the year. January has many sides in my mind: it’s a bright new beginning, but it also means the continuation of the long New England winter. This month is often when we take a good long look at ourselves and evaluate where we are and where we want to go. I’ve done my best to balance these sides of January in this list of recommended classics: 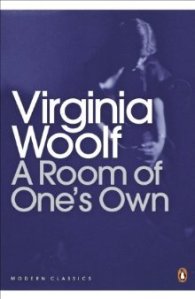 A Room of One’s Own by Virginia Woolf

This novel is a meditation on womanhood, legacies, autonomy, and financial independence. It’s a great one to read in January because it simultaneously reminds us how far we’ve come and how far we have left to go. All of Woolf’s talk about literature and education and empowering other women will likely motivate you to read more in the New Year as well.

“Literature is open to everybody. I refuse to allow you, Beadle though you are, to turn me off the grass. Lock up your libraries if you like; but there is no gate, no lock, no bolt, that you can set upon the freedom of my mind.”

The Idiot by Fyodor Dostoevsky

The Idiot, much like the first month of a new year, forces you to think. Dostoevsky juxtaposes fate and religion, good and evil, idiocy and intelligence, royalty and poverty, reverence and infamy. He throws so much at you that by the end of the novel you’re not quite sure what to think, or what you should even be thinking about to begin with. If you want something that will make you ask a lot of questions–both of yourself and the way you live your life in general.

“It wasn’t the New World that mattered…Columbus died almost without seeing it; and not really knowing what he had discovered. It’s life that matters, nothing but life — the process of discovering, the everlasting and perpetual process, not the discovery itself, at all.”

When starting Brave New World I feared that it would be as disturbing as George Orwell’s 1984–and it was, but it was also incredibly funny and witty. This classic novel will keep you on your toes in the New Year and remind you of the dangerous path that human society could go down.

“The Savage nodded, frowning. “You got rid of them. Yes, that’s just like you. Getting rid of everything unpleasant instead of learning to put up with it. Whether ’tis better in the mind to suffer the slings and arrows or outrageous fortune, or to take arms against a sea of troubles and by opposing end them…But you don’t do either. Neither suffer nor oppose. You just abolish the slings and arrows. It’s too easy.”

…”What you need,” the Savage went on, “is something with tears for a change. Nothing costs enough here.”

January is often when we search for meaning in our lives, trying to determine the grand purpose of the next twelve months. In Absalom, Absalom!, Faulkner takes the reader on a mind-boggling (and perhaps futile) attempt to make meaning out of a family saga, reminding us that sometimes the meaning itself is not the point of it all–it’s the process to get there that matters. And don’t worry if you have absolutely no idea what’s going on. I’m not sure if there’s any reader anywhere who has ever fully understood this maddeningly ridiculous novel.

“I am older at twenty than a lot of people who have died,” Quentin said.” 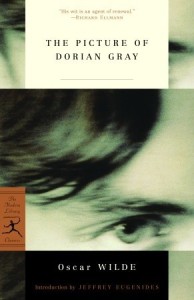 The Picture of Dorian Gray by Oscar Wilde

Need some motivation to be a better version of you in the new year? Look no further than The Picture of Dorian Gray. Dorian’s fate is an important (albeit dramatic) lesson of morality, conscience, and integrity–all of which Dorian seems to lack. You can bet that you’ll be inspired to get a head start on those New Year’s resolutions after reading this classic!

“Life has been your art. You have set yourself to music. Your days are your sonnets.”

My review | Classic Couple: The Picture of Dorian Gray and The Goldfinch

I hope you’ve enjoyed this classics guide for the month of January!

With books do you associate with the month of January? What do you think of the books I’ve mentioned? Which books would you add? Let me know in the comments section below!

17 thoughts on “5 Classics for January”