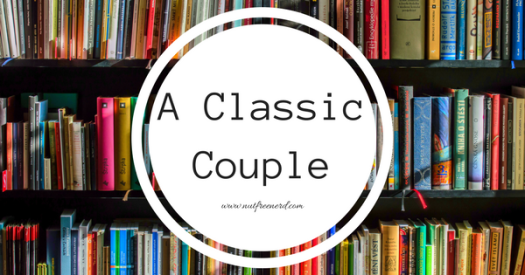 At a first glance, it might seem as though the only thing that Jack Kerouac’s On the Road and Cormac McCarthy’s The Road have in common is their similar titles. Though the contexts and genres of these books are very different—the 1940s in the United States vs. a frightening dystopian future—the stories themselves share many themes and ideas. 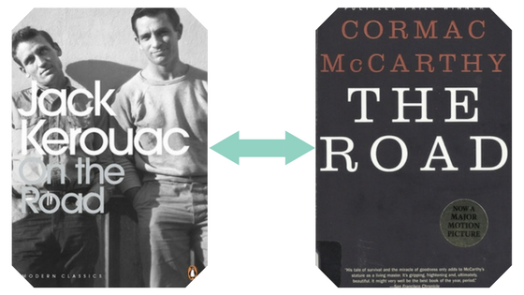 The road || I’m sure this seems incredibly obvious, but I’m not just talking about the physical road they travel on; rather, I mean the road as a sign of movement in the future and struggle and what lies ahead.

Sense of lawlessness || In On the Road, the “lawlessness” mostly exists because the protagonists want it to; in other words, they simply ignores the rules and norms to which the rest of society adheres. On the other hand, the situation in The Road is a very different story. Without government, authority, and civilization in general there really are no laws to follow anymore. The man and his son must navigate a world where anything could happen.

“Home” is ever-changing || The characters in these books have an understanding that the idea of a “home” can be impermanent and dynamic if you let it be. In other words, home is less of a location and more of a feeling. This mindset is taken on by choice in On the Road and by dire necessity in The Road.

Narration || These novels are written in a sort of stream of consciousness style, as though the existence of paragraph and chapter breaks is almost irrelevant and unnecessary. I had a difficult time putting these novels down because they have such great momentum. It took a little while to get used to the lack of quotation marks and dialogue breaks (especially in The Road) but I think it adds so much to the story overall.

What are your thoughts on On the Road and The Road? Do they remind you of any other books? Have any recommendations? Let me know in the comment section below!

9 Replies to “A Classic Couple: ON THE ROAD and THE ROAD”

Happy Monday! I’m on spring break this week and I’m trying to strike a careful balance between getting all of my work done and reading for fun... wish me luck! 🍀 let me know: how are you??? How was your weekend? What are you #currentlyreading 📚 • • • • • #bookstagram #persephonebooks #bookish #bookishlovegroup #bookblog #nutfreenerd
I just love the color combination on this cover 💛💖🧡 Are there certain colors on book covers that you tend to gravitate towards? • • • • #bookstagram #bookish #bookishlove #bookishlovegroup #nutfreenerd
Happy Friday!! I am officially on my spring break and I’m so excited to get some good reading in during the next week 🎉 Here are some books that I’m thinking of reading... which one should I read first? • • • • • #bookstagram #bookishlovegroup #bookish #tbr #lawstudent #bookblog #nutfreenerd
Meet my new moss friend!! 🍄 I love having plants in my room, but I definitely do not have a green thumb... 🌱 Q: What’s a hobby of yours outside of reading? • • • • • #nutfreenerd #plantsofinstagram #moss #bookish